Back to all stories

'The most awful and appalling site I have ever seen'

Throughout his time as an official war photographer, Hurley kept a detailed diary. In it he described his introduction to the war:

Here [in the aftermath of the Battle of Messines] the awfulness of the battlefield burst on one. The great howitzer [guns] & batteries [groups of guns] were in full operation & the ear-splitting din was followed by the scream of a hail of shell which swept over our heads to the enemy lines. [. . .] We plodded through shell craters & shell-torn ground littered with fragments of burst shell & shrapnel, torn equipment & smashed entanglements, over the blood-drenched battlefield till we arrived at the Famous Hill 60.[1]

What an awful scene of desolation! Everything has been swept away: only stumps of trees stick up here & there [. . .] It's the most awful & appalling sight I have ever seen. The exaggerated machinations of hell are here typified. Everywhere the ground is littered with bits of guns, bayonets, shells & men. Way down in one of these mine craters was an awful sight. There lay three hideous, almost skeleton decomposed fragments of corpses of German gunners. Oh the frightfulness of it all. To think that these fragments were once sweethearts, may be, husbands or loved sons, & this was the end. Almost back again to their native element but terrible. Until my dying day I shall never forget this haunting glimpse down into the mine crater on hill 60. [2]

Hurley desperately wanted to convey this horror through his photographs. He took many shots of the apocalyptic battlefields but was not content. While bleak, the stillness and shock of these images failed to communicate the cacophony of war. How was he to visually capture the 'blinding sheet of flame; and the  [. . .] screaming shriek of thousands of shells'? [3]

Although he sometimes placed himself in the firing line in an attempt to photograph the heat of the battle, he was always disappointed with the results. At the battle of Broodseinde he even borrowed the tunic of a wounded soldier, so he could disguise himself and go ‘over the top’ with his camera hidden in a great coat. He survived the battle but found it impossible to get the photographs he wanted [4].

A refuge in the cellars of Ypres 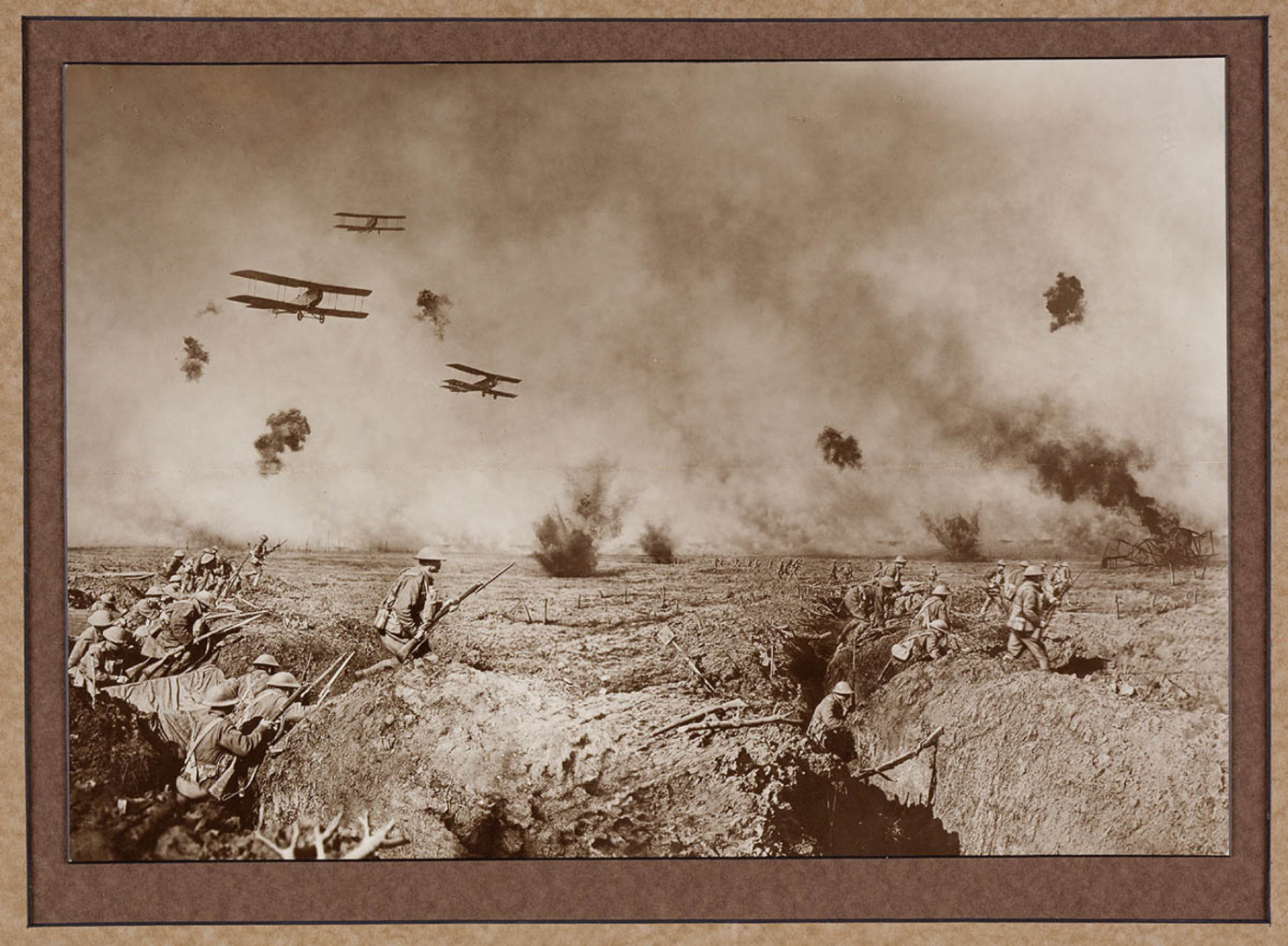 An episode after the Battle of Zonnebeke. Australian Infantry moving forward to resist a counter attack. On the-extreme right a machine brought down in flames is burning fiercely. Our advance is supported by bombing planes, whilst the enemy is supporting his attack with a heavy barrage

The dawn of Passchendale. The Relay Station near Zonnebeke Station from an Exhibition of war photographs / taken by Capt. F. Hurley, August 1917- August 1918